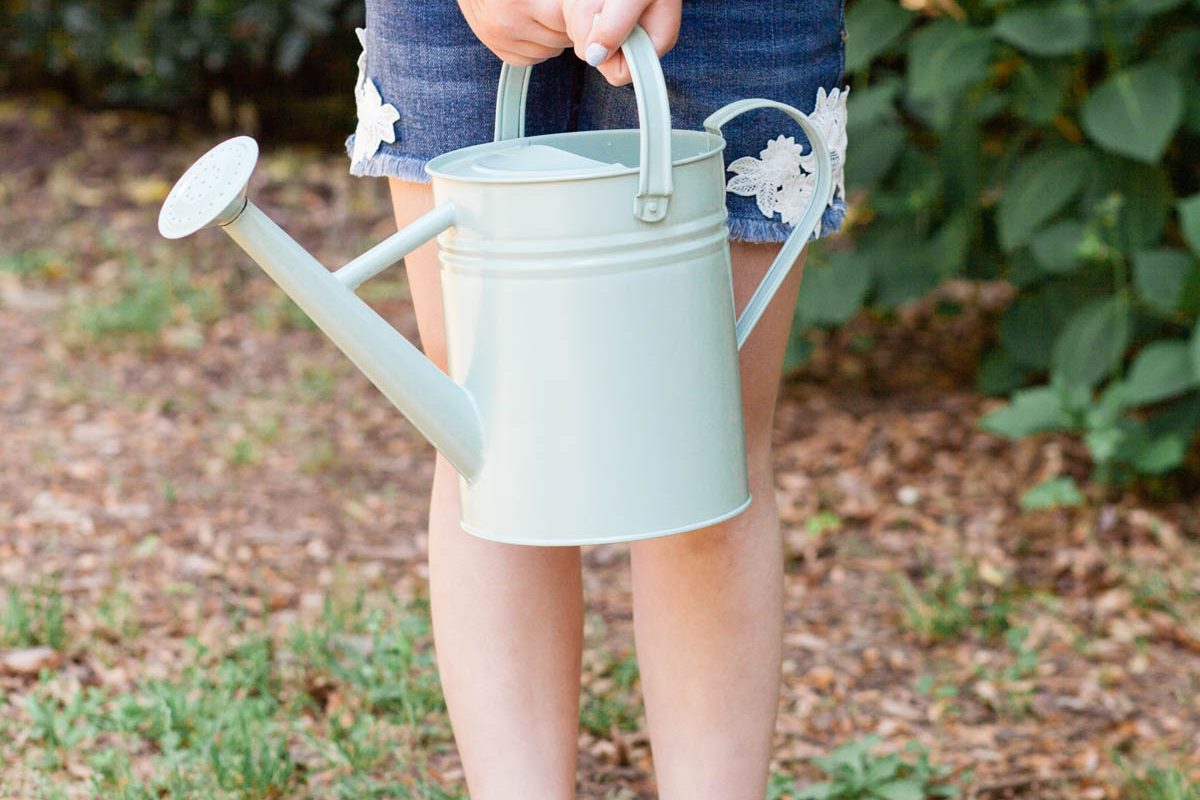 Encouraging children to explore the natural world is an important aspect of their development. According to the Montessori philosophy, this helps children connect with other living things and fosters self-motivated growth.

The child who has felt a strong love for his surroundings and for all living creatures, who has discovered joy and enthusiasm in work, gives us reason to hope that humanity can develop in a new direction.

As a former teacher, I have been influenced by the Montessori teaching method and have tried to incorporate its philosophies in my parenting. A simple way to encourage this at home is by giving children space to explore and a few affordable supplies.

Originally, my kids would take kitchen tools and dig randomly throughout the yard. This created problems and unwanted messes. Provide some structure by communicating what spaces they are allowed to use (e.g. where they can dig and plants they can collect), and then encourage independence and discovery.

Kids don’t need too many tools to create and explore. For a simple kit, I recommend a bucket, durable garden tools, a colander, and a watering can. Additional items that are fun include seeds and an insect container.

My kids love watching seeds sprout, making clay creations from separated dirt, creating fairy houses out of sticks, finding worms & roly-polies, making homemade “paint” from flowers, and collecting interesting rocks, leaves, and seasonal tree droppings. It isn’t anything very spectacular, but it’s a way for them to connect with nature.

Let the children be free; encourage them; let them run outside when it is raining; let them remove their shoes when they find a puddle of water; and, when the grass of the meadows is damp with dew, let them run on it and trample it with their bare feet; let them rest peacefully when a tree invites them to sleep beneath it’s shade; let them shout and laugh when the sun wakes them in the morning as it wakes every living creature that divides its day between waking and sleeping.

Maria Montessori, The Discovery of the Child

spending time in nature and fostering beauty at home

Get updates sent to your inbox.

One of my favorite color combinations during the s

We've been doing a lot of yard work lately. It's s

One way to elevate the everyday is by upgrading ut

In an effort to simplify and clean my home, I have

I've been reading some architecture books that wer

When I became a mother I discovered my love for ph